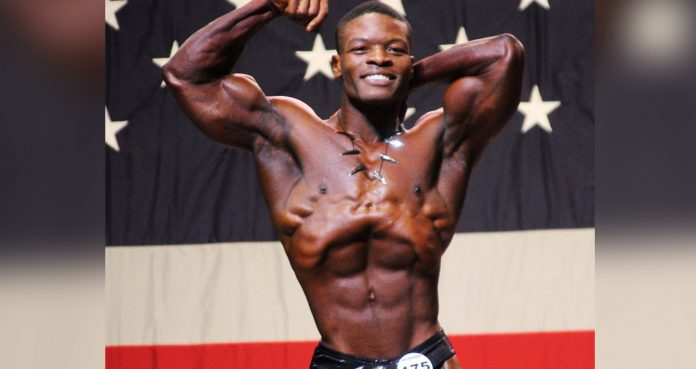 Bodybuilders can now sign up for the 2022 Mr. America competition.

This past October not only held the Mr. Olympia, but the Mr. America 2021. A historic event that dates back further than both the Olympia and Mr. Universe, Mr. America has been in a sort of revival since 2020’s comeback. The event has drawn attention due to it’s dedication to all-natural competition and being picked up to broadcast by CBS Sports Network. You can also catch Generation Iron’s full coverage and results of the event right here. Now the competition is making an open call to all bodybuilders across all divisions of the sport – the Mr. America 2022 registration window is now open.

The Mr. America competition is leading the charge to make pro bodybuilding a mainstream sport broadcast on national television. Ever since the historic event’s return in 2020, a major step was taken to help ensure that future. The CBS Sports Network has been broadcasting the event since 2020. With the event not holding competition in any single specific league – any competitive bodybuilder can register to be a part of this growing televised event. Information on registration for the 2022 Mr. America can be found at the official website here.

Generation Iron provided full reporting on the results from the Mr. America 2021 and was also on the ground for the full play-by-play experience. There were many returning winners looking to defend their title at the 2021 competition. Joe LaCerra returned to defend his title in the Pro Classic category while Dora Avila was the reigning champion in Pro Bikini. Johnny Dotson returned after a 2020 victory in Pro Men’s Physique and Jenna Bidoglio was the champion in Pro Figure.

In the end, it was Cory Brown who highlighted the show with a victory in Men’s Open. He appeared on stage in excellent shape with conditioning that was above the rest. Jeremiah Kenney-Wright was named the new champion in Pro Classic while Arius Norris won gold in Men’s Physique. Bidoglio was bested in Pro Figure but took home gold in Classic Figure.

Mr. America has made great strides since its beginning in 1939. It was started by the Amateur Athletic Union when it championed the idea of Greek ideal that perfectly sculpted physiques. The IFBB was a challenger to Mr. America when it was founded. There was a slow decline of the original ideals when money became involved along with the idea that physiques and builds must be larger.

The AAU wold eventually stop hiding the contest and this caused it to fall out of the public eye a bit. Over the years, East Coast Fitness Concepts began taking over in an attempt to bring Mr. America back to prominence. Successful events over the last two years is beginning to accomplish this goal.

The 2021 competition was a rousing success and this was a huge step forward for a competition that continues to build momentum. It will be interesting and exciting to see how it continues to grow over the years.

The Future Of Mr. America

While there has not been much confirmation on the exact details for the Mr. America 2022, the official registration announcement promotes the return of CBS Sports providing a video broadcast of next year’s event. If you are a pro bodybuilder looking to get seen not only on the competition stage – but on the national stage – you can register for the event at their official website right here.

Generation Iron will also be releasing video interviews this month with the champions from the Mr. America 2021. So be sure to stick around and check out our GI Exclusives page for more updates on the Mr. America!

Everything You Need to Know About What to Eat After a...

6 Things That Can Affect Your Weight Loss