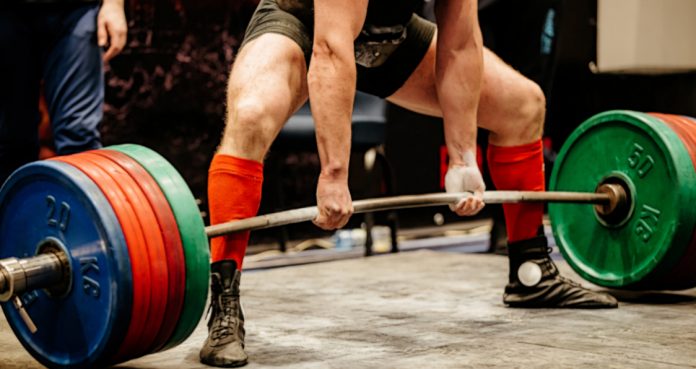 However, not only will regular deadlifting develop the posterior chain, but it also improves the strength of a number of anterior muscles, core and grip strength. These improvements may, in turn, lead to an improved posture, enhanced performance, and reduced risk of injury (1).

The Differences Between The Sumo and Conventional Deadlift

There are an array of deadlift variations that can be performed for a number of different goals. One of the most popular deadlift variations is the sumo deadlift. The exercise involves a wide stance and narrow grip which places the trunk in a more vertical position – similar to the position you would expect in a squat. Compare this to the conventional deadlift where a narrower stance and wider grip puts the trunk in a horizontal position, almost parallel to the floor.

Studies have suggested that you are less likely to sustain injury while performing the sumo deadlift in comparison to the conventional. This is due to the trunk position of both. The upright sumo trunk position appears to reduce the shear force running through the lower spine thus reducing the risk of sustaining a spinal injury (3).

Studies have indicated that during the conventional deadlift, the lifter must complete 25-40% more mechanical work in comparison to the sumo (4). The wider stance in the sumo deadlift reduces the range of motion (the distance the bar has to travel from the floor to the hips). A narrow stance meanwhile, requires a greater ROM and therefore you can reasonably expect to lift a greater load with the sumo in comparison to the conventional.

Finally, for many lifters, the sumo stance will be an easier position to assume as it does not require the same degree of ankle and spinal mobility as the conventional. Hip anatomy and physical characteristics may also dictate which method one finds most suitable. Lifters with long limbs tend to be at a mechanical advantage when performing the conventional deadlift in comparison to those with short limbs.

Cues For A Powerful Sumo Deadlift

Cues are powerful tools that can be utilized to reinforce technique both before and during a lift. Cues are typically short phrases that will remind an individual of the key points and requirements to effectively complete the exercise.

In order to prepare yourself and execute the perfect sumo deadlift, run through and repeat the following 6 cues. As you will go on to see, cues 1-3 relate to taking up the correct position and facilitating good form while cues 4-6 relate to the drive and execution of the deadlift.

The first thing to ensure prior to lifting the bar is our foot position. As stated, the correct stance should be wider than the hips. The width that you place the feet is often dependant on your physical attributes however, be aware that an extremely wide stance may make it more challenging to get the barbell moving off the floor.

A moderate sumo stance, where the feet are slightly outside the hips, is more than likely enough for the vast majority of lifters. However, those who carry a great deal of mass may find that they have to adopt an even wider stance to safely get into the correct position. There is a simple way to assess whether or not your stance is appropriate. When setting up, have a look at where your knees are in relation to your ankles. Ideally, look to get the knees directly above the ankles.

Once the correct width of the stance has been determined, it’s important to turn the toes out. In a conventional deadlift, an analysis confirmed that the toes will be turned out typically around 10-15°, whereas the sumo requires a larger degree of external rotation – around 40-45° (5)

The purpose of this is two-fold; firstly, it will move the knees and shins out of the path of the bar. By failing to point the toes or point them too far out, it may be difficult to keep the bar tight to the body. As a result, the barbell will not move in an efficient path from the floor to the hips resulting in energy being wasted and a poor lift. Secondly, for a safe sumo deadlift, look to keep the knees over the ankles and especially prevent them from folding inward. Pointing the toes will allow you to push the knees out to a greater degree when driving the barbell of the floor.

Unlike the conventional deadlift set-up where the hips are elevated above the knees, the sumo variation demands that the hips are roughly in line with the bar. If the sumo deadlift is new to you, this may mean dropping the hips significantly lower than you are used to. Ultimately, mobility and limb length will dictate your final depth, however, it is still important to drop the hips down toward the floor. When dropping the hips don’t allow the knees to come forward as this may push the bar further away from the body and interfere with the consequent bar path.

To measure whether or not you have assumed the best position, drop the hips down and have a look at your spinal alignment. Find the point where you are at maximal depth while maintaining a flat back and tension in the hamstrings. If you drop too deep you will see your back begin to round. If the set-up is correct, the degree of leverage will improve and thus enhance the efficiency of the lift.

Now that the stance has been taken care of, it’s time to get the bar moving. As you powerfully drive, it’s important to keep behind the bar. Failure to do this may bring the bodyweight over the top of the bar which will, once again, have a negative impact on the bar path. Additionally, you may find it more challenging to lock out if you position yourself in front of the bar.

One simple way of ensuring you do this is to ensure you are pushing hard through the heels at all times – not the mid or front foot. Furthermore, prior to lifting, think about pulling yourself down into the bar, rather than simply dropping down and grabbing the bar. By pulling yourself into the bar, your lats will engage which will prevent any rounding of the spine and ensure the hips do not shoot up too quickly.

This is an excellent cue for maintaining tension in the hips and will ultimately assist in shifting the bar from the floor. With the sumo, getting the bar moving from static is extremely challenging and therefore, by visualizing pushing the floor away with the feet, it is possible to effectively generate power through the hips to drive the bar off the floor. Furthermore, this cue is useful for forcing the knees out as the bar moves up the body. This will ensure that the knees stay out of the way of the bar thus facilitating a more efficient bar path.

Very often with the deadlift, individuals will make a mistake with the lock-out. It tends to go one of two ways – either they fail to drive the hips into the bar entirely or they will overextend and begin to arch the spine. To successful finish off a deadlift, you must stand fully upright, with knees and hips locked out – this means driving the hips into the bar (without overextending!)

Focus on squeezing your glutes together at the top of the movement as this will push your hips through to a natural end position while avoiding overextension. Doing this will not only have a positive impact on your lift efficiency but will also protect your lower back. 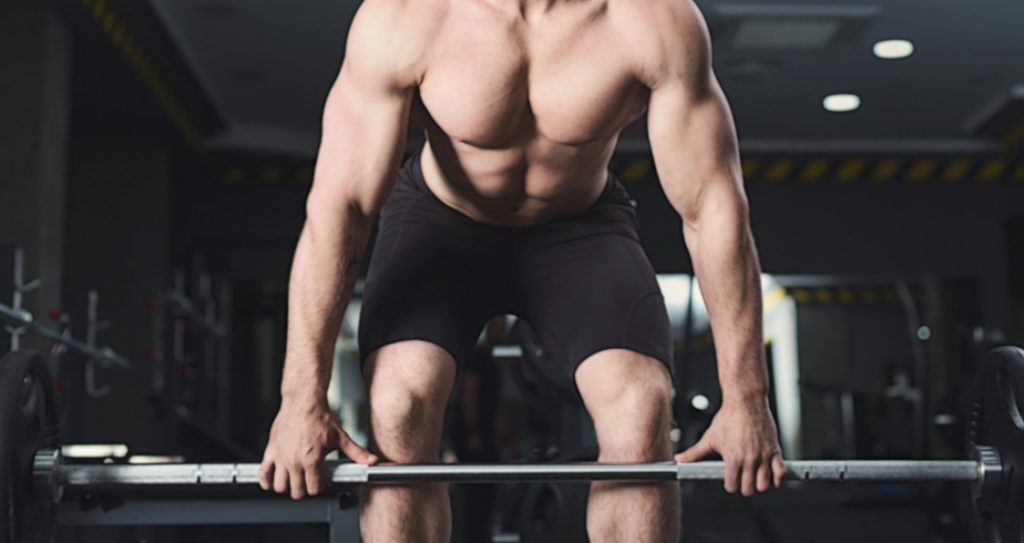 There is no doubt that incorporating the sumo deadlift into your program can have a substantial impact on your conventional deadlift (and vice versa). It may take some time to perfect the technique, but once you do, you’ll soon find that it advances you beyond any existing plateau and leads to incredible strength gains.

Zane Watson: “2020 Was The Best Judged Olympia I’ve Ever Watched”

Nutrition for Runners >> What Should a Runner Eat to Race...